If you are Arrested or facing Domestic Violence Charges in Orange County, you are facing significant jail time. This includes exclusion from your own home, a year’s worth of counseling, and a criminal record. Walking into criminal court without an experienced Orange County Domestic Violence Defense Lawyer, like Attorney Steven K. Bloom, is the worst decision you can make. 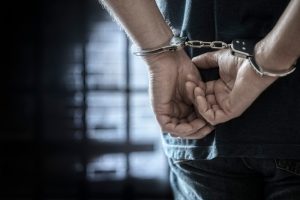 Domestic Violence allegations can be filed as a misdemeanor or felony, depending on the alleged behavior or injuries.  Most courts will seek significant jail time even on the first offense of domestic violence because of the distaste of these types of allegations from the Judges and District Attorneys alike. If you are charged with a Domestic Violence case that is filed as a felony, you can face a prison sentence of 16 months, two years, or three years.   Because of the violent nature of the offense involved, courts will not allow for Supervised Electronic Confinement, aka SEC, or house arrest.

The key to avoiding jail is to secure an experienced Orange County Domestic Violence Attorney who can negotiate a no-jail sentence that allows you to keep your job and your freedom or fight for a reduction or dismissal of the charges.

Suppose you are accused of an act of domestic violence in Orange County. In that case, you could be ordered to stay 100 yards away from the alleged victim on your first day in court if you are unrepresented by an experienced Orange County Domestic Violence Lawyer.  Protective Orders are issued even over the alleged victim’s objection, and you don’t even need to be convicted. A simple accusation and a complaint in court will result in the prosecutor asking the judge to order you to stay away from the alleged victim.  That means, regardless of your innocence and even if the alleged victim does not want it, you may be forced to leave your home. If you and your spouse live in one location, she will get to stay at that location while the case is pending.  If you lose your case at trial, the court can extend the stay-away order for up to 3 years. The emotional and financial impact of a Protective Order can be devastating.

Orange County Domestic Violence Lawyer, Steven K. Bloom can help by contesting the stay-away order at the first court appearance.  Attorney Steven K. Bloom has convinced many Orange County Judges to issue a “no violent contact” order instead of a “stay away” order, where the parties can live together but must be peaceful at all times.

Consequences of a Domestic Violence Conviction

Being convicted of a Domestic Violence charge in Orange County can mean serious consequences to your future rights. If your Domestic Violence charge is a Felony, this could mean that you will have a Strike on your record that will never go away.  Corporal Injury as a Felony and Criminal Threats as a Felony are both Strikes on your record that will have far-reaching implications. It is vital to have an experienced Orange County Domestic Violence Lawyer have your felony reduced to a misdemeanor so that you can avoid the damaging effects of having Strikes on your record and eventually face serving a long prison sentence.
Even if your charge is a misdemeanor and you are convicted of a domestic violence charge, you lose your right to own or possess a firearm for 10 years in California and possibly for your life under Federal Law. If you either work in an occupation that requires you to have a gun or wish to go into such a profession in the future, a conviction for domestic violence can be the end of your future aspirations.

A Year of Counseling

Under Domestic Violence Law in California, if it is found that the defendant had a romantic relationship with the victim of a crime, the defendant must be ordered, as a condition of probation, to complete 52 weeks of the Batterer’s Treatment Program. 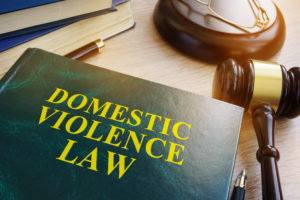 California domestic violence laws make it illegal to use physical force–or to communicate threats of harm–against an intimate partner. These are the most common DV crimes:

Penal Code 273.5 Corporal Injury to a Spouse or Cohabitant — Penal Code 273.5 makes it illegal to inflict a “corporal injury” resulting in a “traumatic condition.” A person commits this crime by striking his/her intimate partner violently and causing a visible injury, even a slight one, such as swelling or a bruise. This charge can be filed as a felony or a misdemeanor. A felony carries a maximum of 3 years in prison, and a misdemeanor carries a maximum of one year in the county jail.

Penal Code 243(e)(1) Domestic Battery — Penal Code 243(e)(1) makes it a misdemeanor crime to inflict force or violence on an intimate partner…a category that includes your fiancé, cohabitant, the parent of your child, or your current or former spouse or dating partner. This charge does not require any mark or injury on the alleged victim. Any unwanted touching (such as a slap) or a push (if done in a harmful or offensive fashion) could be enough to violate this domestic violence law.

Penal Code 273d Child Abuse — Penal Code 273d makes it a crime to inflict “corporal punishment or injury” on a child if it was “cruel or inhuman” and caused an injury (even a slight injury). California child abuse laws allow a parent reasonable latitude to spank a child but draw the line where the punishment is cruel or injures the child.

Penal Code 273a Child Endangerment — Penal Code 273a makes it a crime willfully to allow a child (in your care or custody) to suffer harm or to have his/her safety or health endangered.  Circumstances in which people are charged with this crime are when someone drives drunk with their child in the car, and leaves their child unattended in a dangerous situation.  Often when the child is present during a physical altercation between adults, both Child Endangerment and Domestic Violence charges will be filed.

Penal Code 422 Criminal Threats — Penal Code 422 makes it a crime to communicate a threat of serious harm to someone if (1) you intend to put the person in fear and (2) you actually do put the person in sustained fear. Criminal Threats may be charged as a misdemeanor or a felony, the felony version is a strike. This particular charge is at times, charged along with a domestic battery charge. Some situations will start with a verbal argument and then escalate to a physical altercation, hence resulting in the filing of both charges.