The National Award-Winning Orange County (Fullerton) Drug Offense Defense Attorney, Steven K. Bloom, has specialized in all cases involving drug crimes (for example, Marijuana, Cocaine, heroin, Methamphetamine, and many others). He has handled hundreds of drug-related offenses (such as possession of a controlled substance, sales, manufacturing, and transportation) in Orange County Courts with unmatched results. 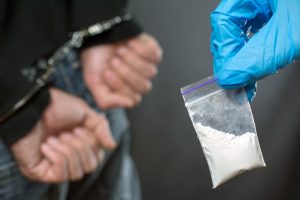 “Possession for Personal Use” cases normally vary in seriousness based upon the amount of drugs found and the type of drugs found. Obviously, the higher the quantity of drugs found the more serious the case. Also, some drugs such as cocaine and heroin usually signal a more serious case than marijuana. Orange County is much more strict on Drug Possession charges than most counties and almost always files them as felonies. Needless to say, felony drug offense charges should be handled by only experienced attorneys. 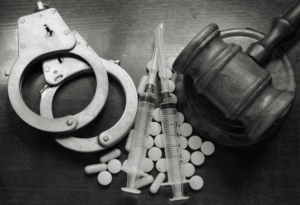 Cases that involve large quantities of drugs and are alleging that the drugs were for sale are usually felonies that can expose you to State Prison sentences.

Factors that Judges and Prosecutors use to determine whether the drugs found were for personal use or for sale are: 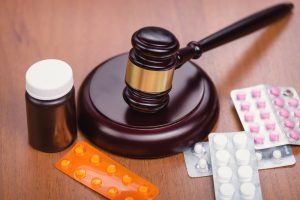 If you are looking to hire a premier Drug Sales Attorney for your Drug Offense, you should look for a few things.

First, look for an attorney with the experience to identify weaknesses in the police reports and legal flaws in search warrants. The police must be held to a reasonable standard under the United States Constitution. On some occasions, the police can be shown to have made fatal flaws under the 4th Amendment of the United States Constitution can, which can result in the dismissal of charges or the gaining of power in our negotiations with the District Attorney’s Office. Orange County Drug Offense Attorney Steven K. Bloom has handled numerous drug sales offenses and can analyze the police’s actions and search warrants.

Secondly, you need an attorney who knows numerous classes and drug rehabilitation programs in place of jail or prison time. Attorney Steven k. Bloom has extensive knowledge of every possible drug program and class available in Orange County and will present those options to the judge when considering appropriate sentencing on drug offenses.

Lastly, you need to look for an attorney with a very close relationship with the District Attorney and Judge deciding on your drug offense case. Today, knowing your court and the prosecutors is as essential as knowing the law in your case. You need to choose an attorney who has practiced in front of those who will make serious decisions on your case. Familiarity with the court and the people will put you in a much more favorable situation. Attorney Steven K. Bloom separates himself from other attorneys by his close relationships with all the critical decision-makers in Orange County. All you have to do is walk down the hall with Attorney Bloom, and see the dozens of people shake his hand and pat him on the back, to know that you have selected the right lawyer to handle your drug case.